Alex Tagliani Goes Back to Back at GP3R 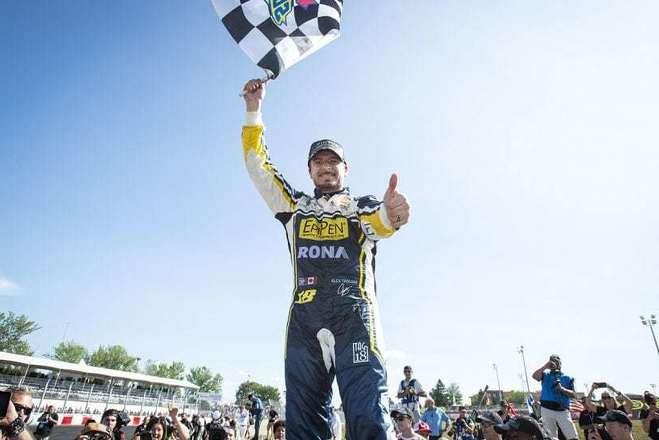 TROIS-RIVIERES, Que. — All season long, Alex Tagliani has been close to winning.

The last time the NASCAR Pinty’s Series visited a road course, in Toronto, Tagliani started from the pole, lead every regulation lap, but lost the race to Andrew Ranger in a heartbreaking overtime finish.

Tagliani came into Sunday’s race at Circuit de Trois-Rivieres as the defending winner, this time he wasn’t going to be denied.

The 44-year-old driver from Lachenaie, Quebec, battled hard and aggressively at the front of the field all race long. 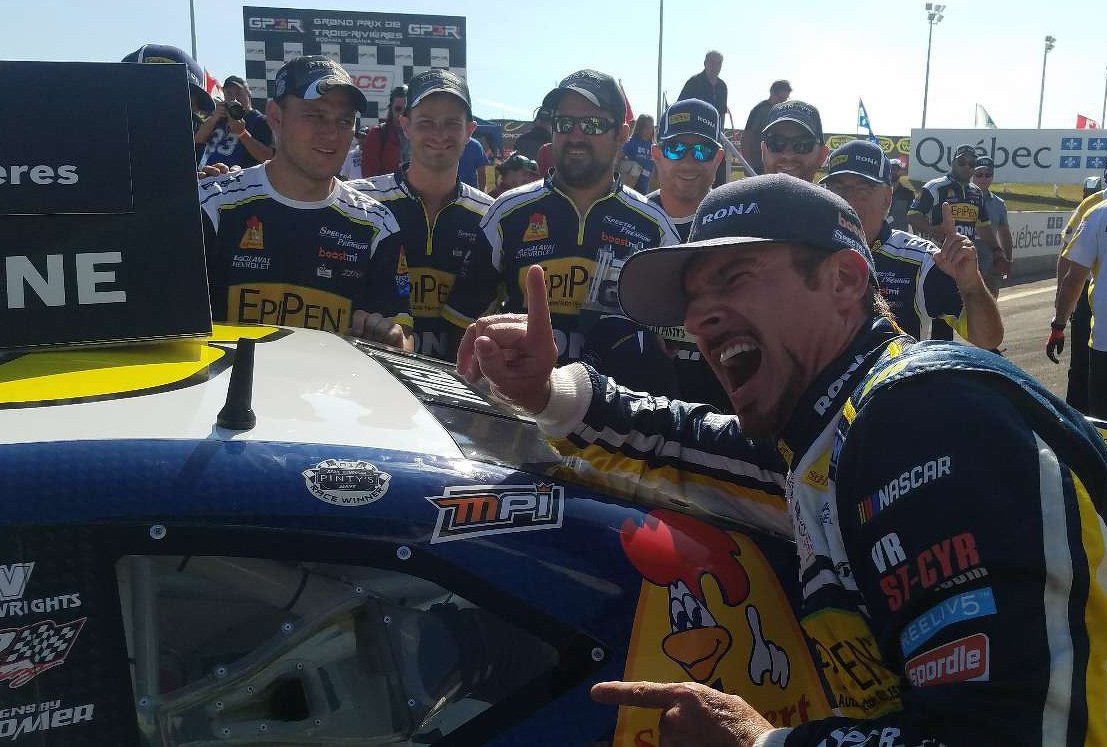 Tagliani took the lead off a hectic last corner pass of teammate Camirand on Lap 38 and never looked back. Tagliani’s win marks the sixth different winner in eight races this season.

In a race that saw a record eight caution flags, no car left Trois-Rivieres unscathed. Emotions were high and the racing was intense.

Points leader and Trois-Rivieres native LP Dumoulin fought his way through the field and made a daring last-lap pass on Camirand to come home second for his fifth podium of the season and sixth at Circuit de Trois-Rivieres.

Alex Labbe started at the rear and fought all the way up to a third-place finish. Labbe, the 2017 series champion, was making his return to the series and was coming fresh off his best career NASCAR Xfinity Series finish of ninth Saturday at Mid-Ohio. Sunday’s run was Labbe’s first podium and best career finish at the historic 1.530-mile street course.

French driver Frederic Gabillon recovered after a mid-race spin to finish eighth in his series debut. Gabillon was running at GP3R as part of a unique exchange program with J.F. Dumoulin, with Gabillon earning the race as the regular-season champion of the NASCAR Whelen Euro Series.

Following Le 50 Tours CanAm, Dumoulin has extended his points lead over Camirand to 10 points. Tagliani is only a point behind Camirand and is two in front of Cole Powell.

The race aired live on RDS, and will be broadcast on TSN on Saturday, Aug. 18 at noon.

The NASCAR Pinty’s Series will head east to Riverside International Speedway in Nova Scotia for their next event, the Bumper to Bumper 300, on Saturday, Aug .18.