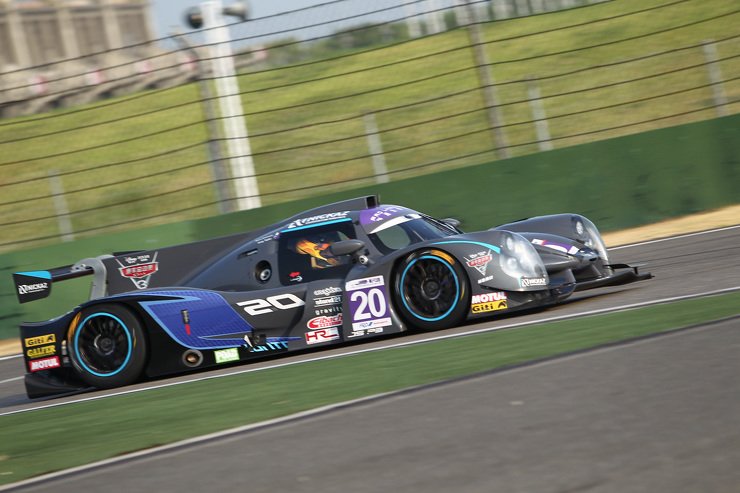 Canadian driver Alex Tagliani returns to China this weekend to compete in Rounds 5 and 6 of the FRD LMP3 Series (Le Mans Prototype 3) which will be held at Shanghai International Circuit, a Formula 1 grade racetrack. Tagliani will join a new teammate in the Craft-Bamboo Racing #20 Ligier dressed up as Jackson Storm from the latest Disney film, Cars 3.


In the last LMP3 double race weekend held July 28-30, Italian Marco Bonanomi replaced Tagliani in the Craft-Bamboo Racing car, as Tag was unable to make the event due to a conflict with his NASCAR Pinty's Series racing schedule running its Western Canada annual swing in Saskatoon and Edmonton.


The driver from Lachenaie, Quebec and his new Australian partner Dean Koutsoumidis will have time to learn the 5.451-km, 16-turn layout during the two one-hour Friday at 4:45 p.m. and Saturday at 9:00 a.m. (China time +12 hours EDT) practice sessions. Tagliani will then drive in one of the two back-to-back 10-minute afternoon qualifying sessions. The first qualifying will set the starting positions for Saturday's 4:45 p.m., 50-minute race, while the second one will set the grid for Sunday's 60-minute race at 1:10 p.m.


"I am thrilled to be back in Asia." Tagliani said. "It's going to be amazing to drive the Jackson Storm Ligier on such an incredible race track. My regular teammate Greg Taylor is unable to make it this weekend due to business commitments so Dean and I will have our work cut out learning this track. Still, the Ligier is quite a remarkable racecar, and I have a lot of fun driving it. We know the Craft-Bamboo Racing team prepares very fast cars because our sister team has collected three poles and won two of the first four races. It is up to us to show the #20 Jackson Storm Ligier can win too."


The Honk Kong based Craft-Bamboo Racing team has two Ligier JS P3 entered in the inaugural FRD LMP3 Series season with one driven this weekend by the duo of Tagliani and Koutsoumidis, and the second entry, the #95 Ligier sporting a livery inspired by protagonist Lighting McQueen of Cars 3 steered by Swiss national Mathias Beche and James Winslow from Great Britain. The last time Tag drove the #20 Ligier with teammate Greg Taylor, on July 2, they finished fourth, one spot away from the podium.


A month ago in Shanghai, Craft-Bamboo Racing and Disney-Pixar dominated with the #95 Ligier the second round of the FRD LMP3 Series with an incredible double pole position, victory in race one and second place podium in race two. The #95 driven by Winslow and Beche bested the entire field to leave Shanghai with their drivers' firmly in the championship lead by 12 points. In the meantime, the #20 Ligier of Taylor and Bonanomi finished sixth and fourth. The #20 entry is currently in fifth place in the standings.