Alex Tagliani Returning to KBM to drive No. 51 at the Daytona Road Course 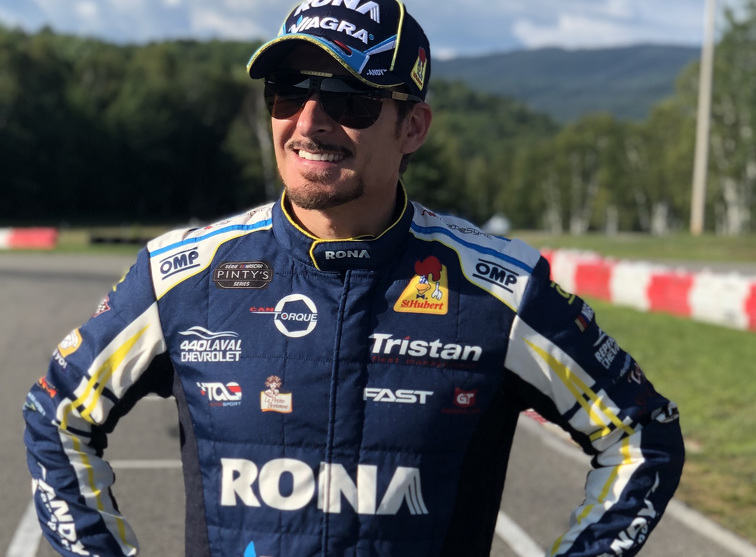 Alex Tagliani
Alex Tagliani Returning to KBM to drive No. 51 at the Daytona Road Course
MOORESVILLE, N.C. (Aug. 9, 2020) - Kyle Busch Motorsports (KBM) announced today that Alex Tagliani will be returning to the organization in a one-race deal to drive the No. 51 Tundra at in the NASCAR Gander RV & Outdoors Truck Series race at the Daytona (Fla.) International Speedway Road Course on Aug. 16. Tagliani's Toyota will carry co-primary sponsorship from RONA - one of Canada's leading home improvement companies, and VIAGRA - a personal care product that is available on subscription.


Tagliani has competed in two Rolex 24 events on the Daytona Road Course: the 2007 event in the GT class and in 2014 in the Prototype Challenge division.


"We finished second last year with the No. 51 Tundra at Mosport (CTMP) and now Kyle and everyone at KBM has provided me with an amazing opportunity to go to the road course at Daytona and try to finish one position better and add another banner to the rafters in their shop," Tagliani said. "There are a lot of guys in the Truck Series that have been able to make a lot of laps around Mosport (CTMP) the last few years, which is a challenging road course, so the laps they've made there in practice and the race are going to pay dividends at a track like Daytona and it's not going to be a walk in the park. I love the track and it's going to be a good battle and exciting for the fans in attendance and watching on television.


"With everything we have going on with our shortened Pinty's Series season, it's very cool that we are able to bring over our partners from that program - RONA, VIAGRA, CanTorque, St. Hubert and Andy Transport - and add a race to our schedule and get them more exposure. It's kind of interesting that we launched a new partnership with VIAGRA this year and the first race that I will be doing for them is in the states. Also, I want to say a special thanks to Groupe Mach for handling the logistics and allowing me to travel safely to and from United States with the situation that we are in."


In addition to his four Gander Truck Series starts, Tagliani has compiled four poles, 92 laps led, four top-five and five top-10 finishes resulting in an average finish of 13.0 across eight NASCAR Xfinity Series starts, all on road courses. A full-time competitor in the NASCAR Pinty's Series the last several seasons, the veteran driver has collected nine wins, 10 poles, 36 top-five and 56 top-10 finishes across 81 career starts. He finished second in the championship standings in 2018 and third in 2016.


The NASCAR Gander RV & Outdoors Series will be racing for the first time on the 3.57-mile Daytona International Speedway Road Course. The event will be broadcast live on FS1 in the United States and in Canada on RDS at 12:00 p.m. ET Sunday, Aug. 16, prior to the NASCAR Cup Series race that will take place at 3 p.m. ET.


About RONA:
Created in 1939, RONA is a banner of Lowe's Canada, one of Canada's leading home improvement company whose head office is located in Boucherville, Quebec. Spanning the entire country, RONA's vast network of more than 400 stores includes both corporate stores and independent affiliated dealers. Known for its large in-store and online product selection as well as for its installation services, RONA also provides expert support and advice to its retail and pro customers for their building and renovation projects.

About VIAGRA:
VIAGRA's participation in Canadian motorsport is an extension of the brand's ongoing focus of reflecting the spirit of vitality that's associated with men being proactive and open about their health and wellbeing.


About Kyle Busch Motorsports:
Since debuting in 2010, Kyle Busch Motorsports (KBM) has quickly established itself as one of the most successful teams in all of NASCAR. Owned by two-time Cup Series champion Kyle Busch and fueled by his passion for winning, the organization holds the Gander Outdoors Truck Series records for most career wins (79) and most wins in a single season (14 in 2014). In addition to collecting a series-record seven Owner's Championships, the organization has produced two championship-winning drivers; Erik Jones (2015) and Christopher Bell (2017).


KBM prepares a fleet of race-winning Toyotas out of its state-of-the art 77,000-square-foot facility in Mooresville, N.C. Fans can stay up-to-date with all the latest KBM news online atwww.KyleBuschMotorsports.com, by liking the team on Facebook (KBMteam) and by following the team on Instagram (KBMteam) and Twitter (@KBMteam).
Source: Tag Motorsport