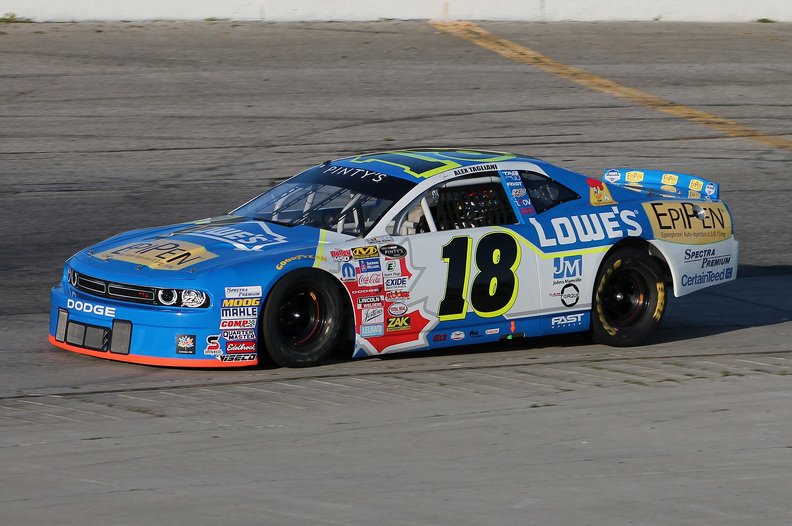 Last season, Alex Tagliani collected two of his three wins on oval tracks so the driver of the #18 EpiPen Lowe's St-Hubert Dodge is now impatiently awaiting his return to ovals this coming Saturday in Round 2 of 12 of the NASCAR Pinty's Series which will be held at Delaware Speedway. After a three-year absence, the Canadian NASCAR Series returns to the track located west of London, Ontario for a 250-lap race on the half-mile, semi-banked oval. Five NASCAR Pinty's Series races were run on this track between 2009 and 2013, and three were won by DJ Kennington of St. Thomas, Ontario, who is currently tied with Alex Tagliani in 17th place in the driver championship.


"I am set for the first oval of the season," said Tagliani, who is only 21 points behind the championship leader. A clear improvement compared to the 48 points he was chasing last year on the eve of round 2. "In my first race of 2016, I won at Sunset Speedway, the first oval of the season, and I hope to repeat this year. Few of the current drivers have raced at Delaware so we are on pretty even footing. Tagliani Autosport came to test here earlier in May prior to the start of the season, so I feel we are ready and confident for this race."


A field of 19 drivers are registered to compete in Saturday's Choko/ Fast Eddie 250 presented by Havoline with a green flag start scheduled for 7 p.m. Qualifying will be held earlier that day at 3:30 p.m.


This Friday, children from a London school will draw the rear deck of Tagliani's car
Alex Tagliani will be at the Lowe's store in London, Ontario this Friday, June 2 at 11:10 a.m. to meet with 20 students aged 8 to 13 from the local Woodland Heights Public School. The children's mission will be to draw the rear deck of the #18 EpiPen Lowe's St-Hubert Dodge that Tagliani will drive at Delaware Speedway. This event will take place at the Lowe's store on Wonderland Road South in London and fans can witness these young Picassos sign their work of art.


Fans and media are invited to attend these local pre-race activities and meet with Alex Tagliani who will answer questions, pose for photographs and sign autographs. These promotional events will take place every race week from May to September at a Lowe's Canada store, RONA, or Réno-Dépôt in cities where the NASCAR Pinty's Series competes. During these events, Lowe's Canada joins with EpiPen to promote emergency treatment of anaphylactic reactions when some people are exposed to a usually harmless substance called an allergy trigger. EpiPen, another major sponsor of Alex Tagliani, manufactures EpiPen® Auto-Injectors for the emergency treatment of anaphylactic reactions.